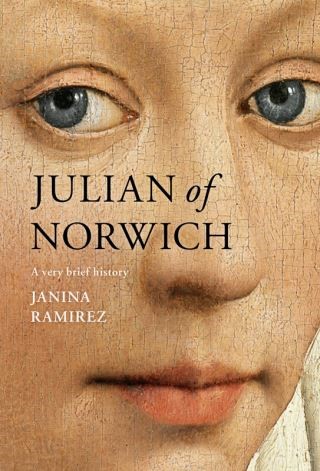 Over six hundred years ago a woman known as Julian of Norwich wrote what is now regarded as one of the greatest works of literature in English. Based on a sequence of mystical visions she received in 1373, her book is called Revelations of Divine Love.


Julian lived through an age of political and religious turmoil, as well as through the misery of the Black Death, and her writing engages with timeless questions about life, love and the meaning of suffering. But who was Julian of Norwich? And what can she teach us today?

Medievalist and TV historian Janina Ramirez invites you to join her in exploring Julian’s remarkable life and times, offering insights into how and why her writing has survived, and what we can learn from this fourteenth-century mystic whose work lay hidden in the shadows of her male contemporaries for far too long.

Janina Ramirez: Janina Ramirez is the course director on the Undergraduate Certificate and Diploma in History of Art at Oxford University. She has written and presented numerous BBC history documentaries, and is the author of <i>The Private Lives of the Saints: Power, passion and politics in Anglo-Saxon England </i>(W. H. Allen, 2015).