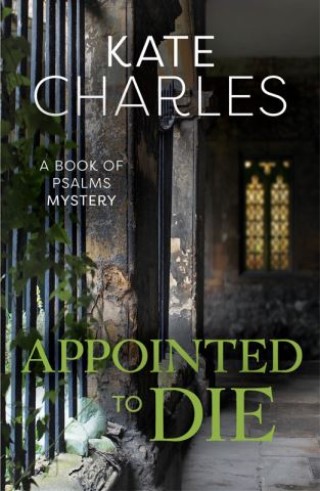 A Book of Psalms Mystery

Death at the Deanery – sudden and unnatural death. Someone should have seen it coming. For even before Stuart Latimer arrives as the new Dean of Malbury, shock waves are reverberating through the tightly-knit and insular Cathedral Close, with sweeping changes afoot. And the reality is even worse than the expectation. The Dean’s naked ambition and ruthless behaviour alienate everyone in the Chapter: the gentle John Kingsley, vague Rupert Greenwood, pompous Philip Thetford and, especially, the strongly traditionalist Arthur Brydges-ffrench.
Financial jiggery-pokery, clandestine meetings, malicious gossip, and several people who witness more than they ought to, make for a potent mix. But who could foresee that the mistrust within the Cathedral Close would spill over into violence and death? Canon Kingsley’s daughter Lucy draws in her lover David Middleton-Brown, against his better judgement, and together they probe the surprising secrets of a self-contained world where nothing is as it seems.

Kate Charles: Kate Charles
Kate Charles, who was described by the Oxford Times as a most English writer, is in fact an expatriate American, though an unashamedly Anglophilic one. She has a special interest and expertise in clerical mysteries, and lectures frequently on crime novels with church backgrounds. Kate lives in Bedford with her husband and their dog, and is a former Chairman of the Crime Writers Association and the Barbara Pym Society.